UPVC stands for Unplasticized polyvinyl chloride. Due to its high resistance to chemicals and natural elements, this material is considered as an ideal choice for plumbing residential and commercial buildings. PVC pipe is harder than PVC pipe and no additional polymer is used in its structure. We see the different properties of this material below. 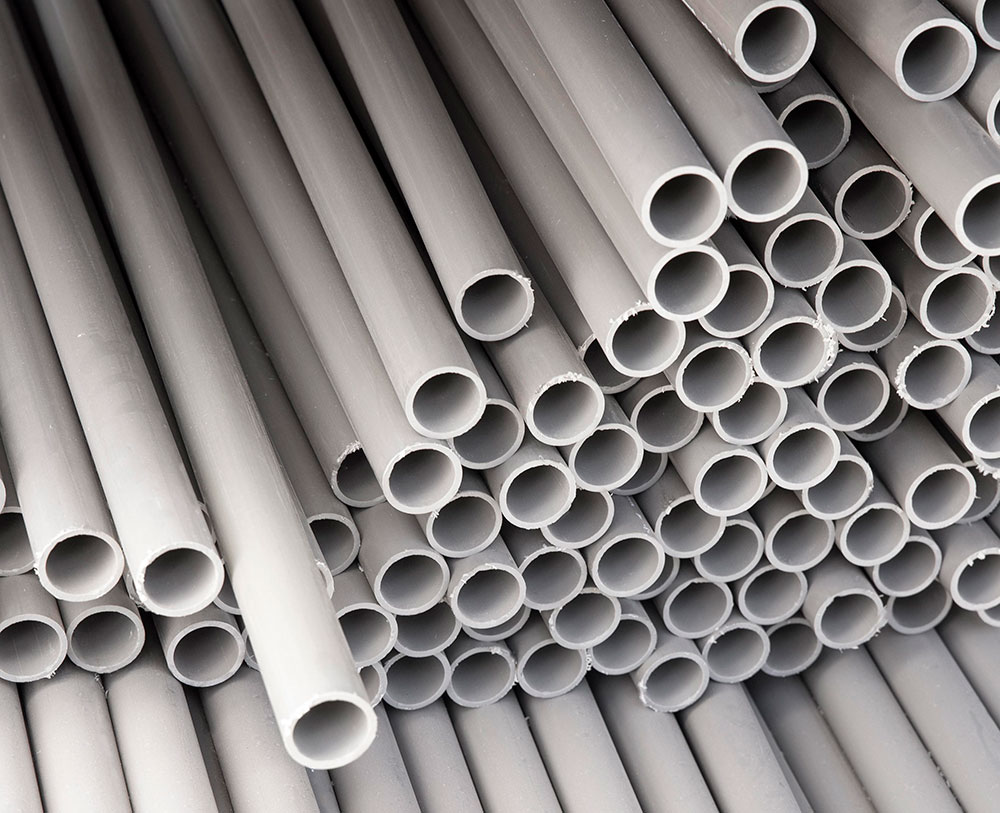 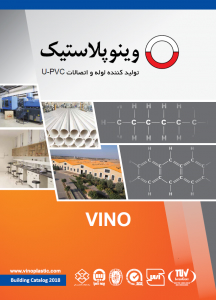 PVC pipe (polyvinyl chloride) is one of the most widely used products, which is among the most widely used products in the petrochemical industry. PVC pipe is used more than anything in the construction process, because it is not expensive and its various parts can be easily connected. Although polyvinyl chloride has largely replaced conventional materials such as cement, pottery, and plastics in the pipeline sector in recent years, there is still little environmental concern.

PVC pipe is one of the most popular products in the world of construction, which has been used for about 80 years. These pipes are stronger than the previous pipes, are resistant to corrosion and show less expansion and contraction. These features make the use of PVC pipe as a water pipe and vino hydropol very efficient. Stay tuned for the rest of this article to explore the different features of this product.

As mentioned earlier, polyvinyl chloride with the chemical formula (C2H3Cl) is the constituent material of PVC pipe. This material is formed after the polymerization process of another material called vinyl chloride monomer. PVC solvents include tetrahydrofuran (THF) and dimethylformamide (DMF). It is worth noting that the melting temperature of this material is between 100 and 250 degrees Celsius.

Polyvinyl chloride does not have a high crystallinity, which makes it strong and hard. This has made the use of PVC pipes in pipes and construction fittings very popular among global companies. It is also somewhat sensitive to light and heat, and hydrogen chloride is released. PVC is actually a hard plastic that becomes soft and flexible by adding lubricants.

Different sizes of PVC pipes make it possible and economical to use them for all purposes. In the following table, we see the types of PVC pipe sizes along with their thickness and application in different parts of the building:

B: Application in indoor surfaces or outdoor components that are mounted on the wall.

BD: Application for a distance of one meter and less from the building for underground burial and connection to municipal sewage

Although different types of PVC pipes have similar characteristics such as high durability, safety and high stability, but they also have significant differences. Each of these products has its own advantages and is recommended for a specific application. Needless to say, new types of these pipes are still produced in modern factories around the world, but in this section we will look at four popular types.

This product (Unplasticized Polyvinyl Chloride), often known as PVC pipe, is produced without softener. Emollient increases flexibility, decreases viscosity as well as friction. PVC is usually used for the following:

The use of PVC pipe has many advantages, among which we can mention the low price, easy installation, high mechanical performance, extraordinary chemical resistance, as well as high resistance to ultraviolet rays. This is why manufacturers often use this material in various forms of production and even as an electrical pipe.

PVC pipes have more chlorine and are made from chlorination of PVC resin. There are many additives such as paint, lubricant, stabilizer and modifier in the structure of PVC pipes. In general, these pipes are more rational options for transporting water at higher temperatures as well as transporting industrial liquids.

Various companies create a layered composition by changing the non-crystalline structure of PVC pipes, which is often used for high pressure pipes and fittings, sewer systems in unstable fields, and sewage pumping networks. These unbreakable pipes are very ductile and have much higher resistance to corrosion.

Impact PVC pipes are considered as a new product that is made by using different chemicals in PVC-U structure. The combination of polycarbonate with older pipe constituents gives us much greater resistance to heat or pressure. PVC-Hi pipe is used in cases where standard PVC does not withstand high pressures or temperatures.

PVC pipe is among the products that are used globally and has gained a lot of attention due to its many advantages such as high durability and cost-effectiveness. Here are the main advantages of using PVC pipes:

– Safety: These pipes are one of the safest ways to transfer drinking water. Because PVC has a high resistance to corrosion, it is more difficult for bacteria to grow on it, making it a valuable product for use as a water pipe. 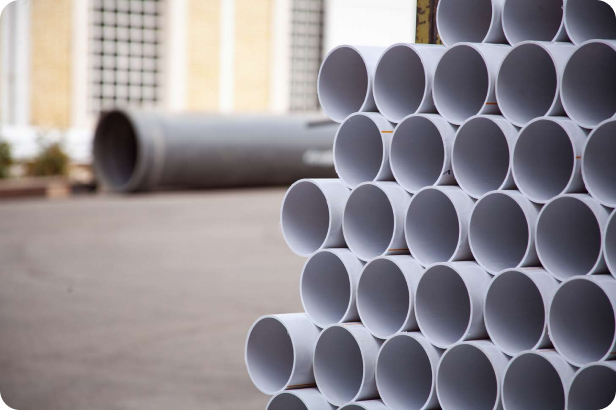 – More environmental friendliness: PVC pipe is a low carbon plastic, which means that it requires less energy and resources to produce. Similarly, because this product is very light, less energy for transportation It is used. PVC pipes, on the other hand, are usually 100% recyclable.

Recyclability: PVC pipe can be recycled up to seven times without losing its properties. Using PVC helps conserve natural resources – with every kilogram of PVC recycled, 2 kilograms of CO2 will be saved.

Durable and cost-effective: One of the main factors in the popularity of PVC piping is the combination of low weight and high durability of this product. Polyvinyl chloride can last up to 100 years and is highly resistant to stressful conditions. For this reason, PVC pipe is now used more than any other product as a building sewer pipe.

The price of PVC pipe is calculated based on factors such as pipe material, layer thickness and also the total diameter of the pipe. For this reason, it can be expected that a large pipe is often more expensive. Of course, the reasonable price of pvc pipes has made their use in office, residential, commercial and industrial buildings very affordable. Since price debate is an important factor in choosing options that can be used in construction, any decision about them must be made with sufficient information. For this purpose, you can use Vino Plastic consulting services to be informed of all the options that can be used in your project.

Purchasing any product for a construction project should always be done based on the workplace and the available budget. Vino Plastic Company is one of the most well-known manufacturers of PVC pipes and fittings in Iran, which carries out the production process of its products completely under the supervision of experts in this field and with the highest possible quality. If you are looking to buy and use a variety of PVC pipes in your building, you have the opportunity to contact Vino Plastic consultants and receive the necessary guidance in this regard.

All rights reserved to this website Vinoplastic site Is.